For more information on preserved fire trucks visit the Society for the Preservation and
Appreciation of Antique Motor Fire Apparatus in America's web site at www.spaamfaa.org. There
is also a lot of good information that can be referenced from Edson Farnell's page at this link. 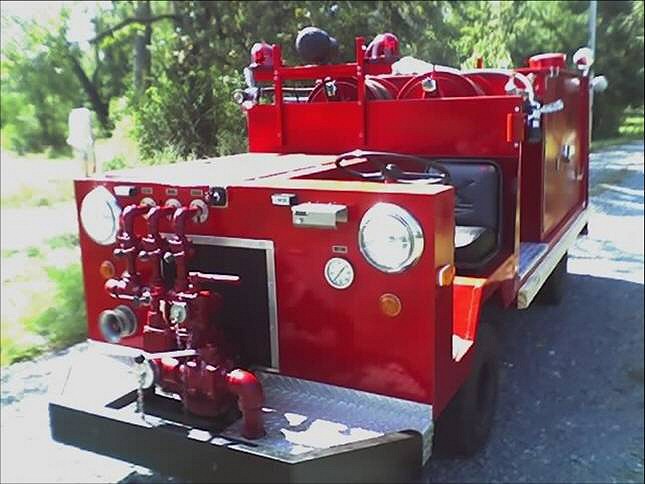 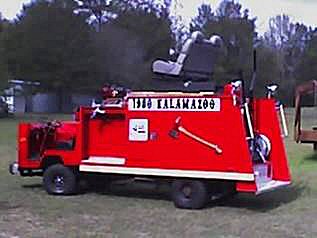 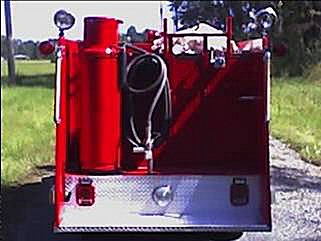 This beautifully restored K-60 Scat Pumper was used for many years at the GM
plant in Shreveport, Louisiana. After replacement it was purchased by a
self-described "Old fire dog" from Greenwood, Louisiana and restored. It has a
300 gallon tank and pumps at 100gpm. 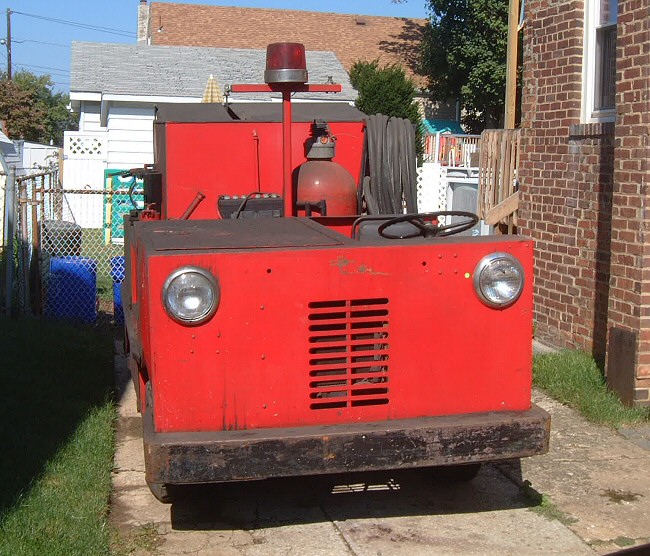 Above is a 1973 Kalamazoo Speed Truck Model K45F or K60F. It is located in New Jersey
and was formerly owned and operated in the Edison Ford Motor Assembly Plant.
This plant has now been torn down and it has since been owned by a retired firefighter, 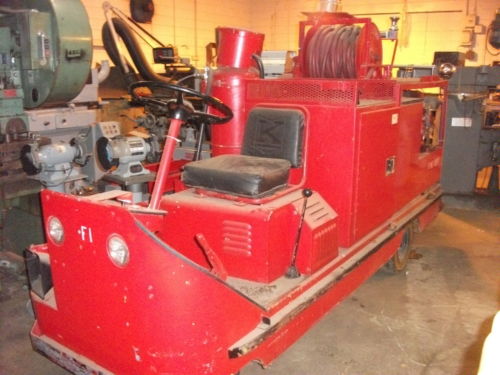 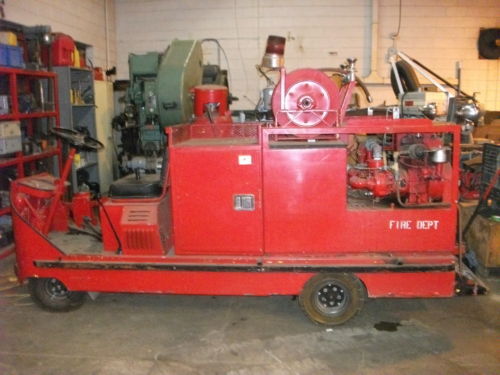 Above is a B2500 Kalamazoo firefighting truck for sale on eBay during February 2012. 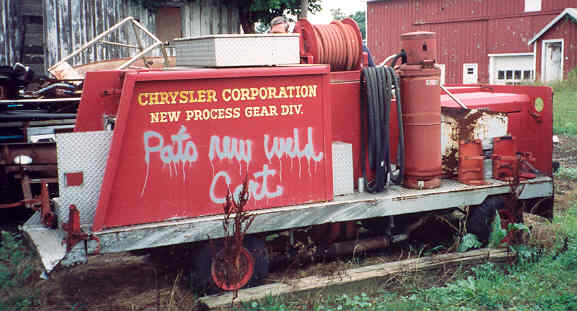 Sanford built a number of in-plant fire trucks on Kalamazoo Speed Truck chassis like
the one above, used by Chrysler and now in private ownership. 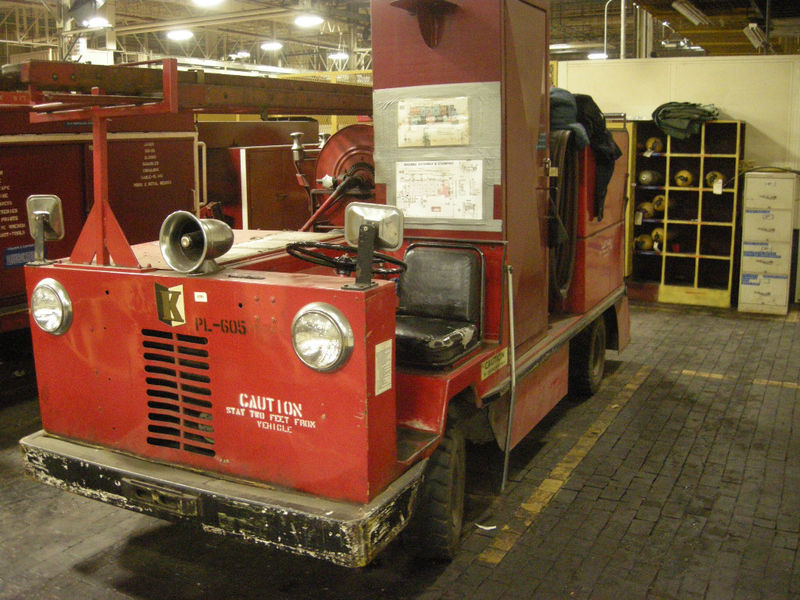 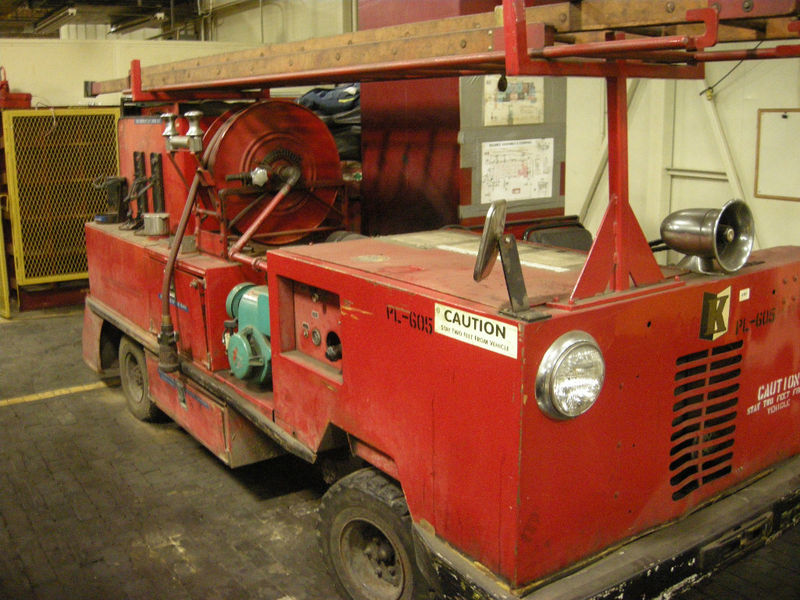 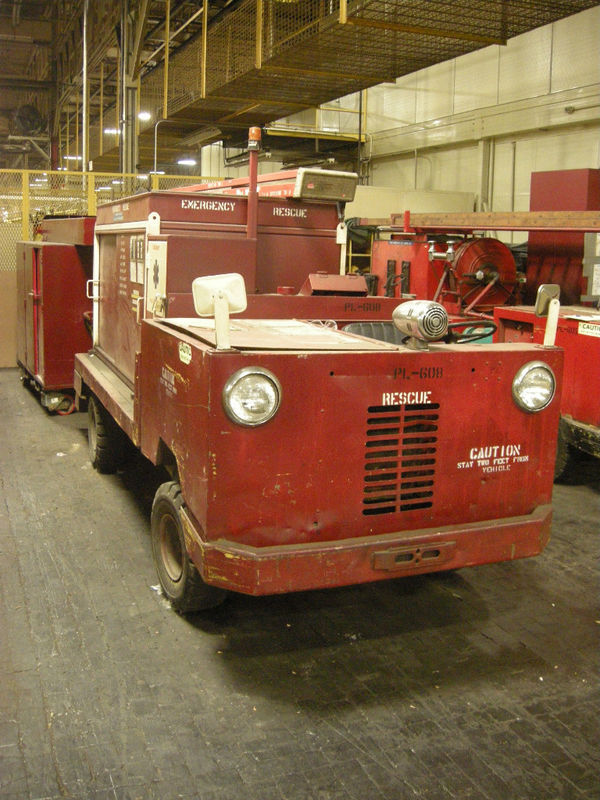 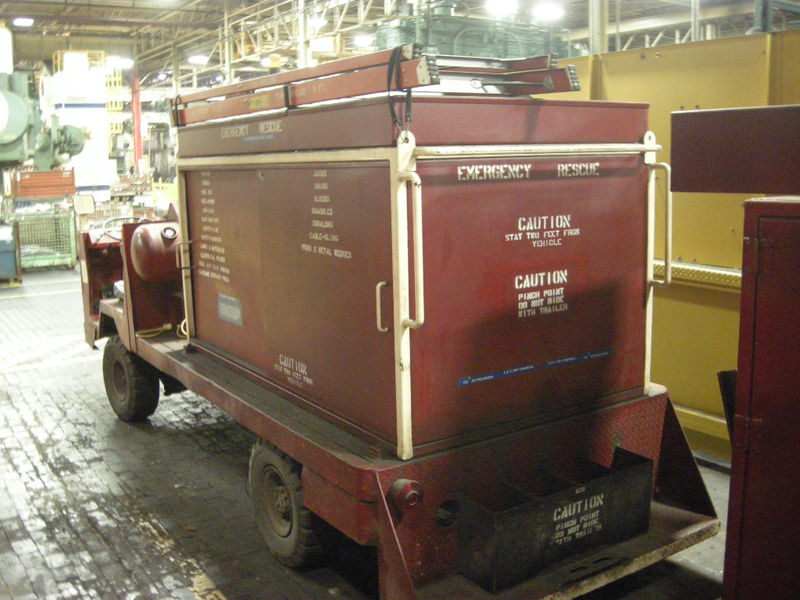 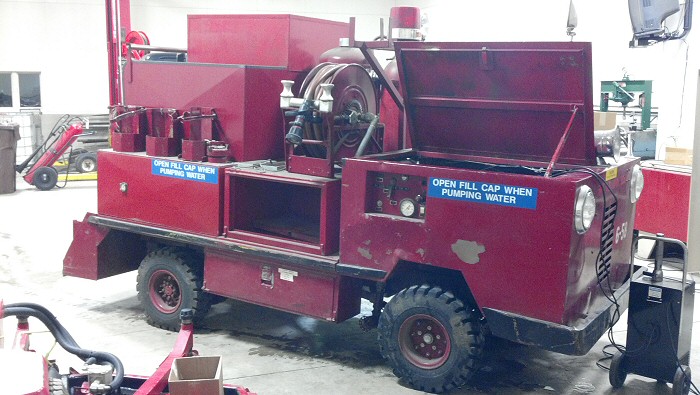 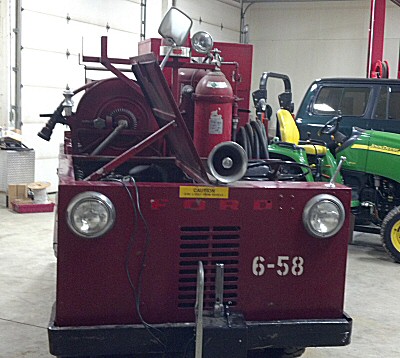 This K60 is for sale as of January 2012. Email Kirk at kirk@aemquality.com for details. 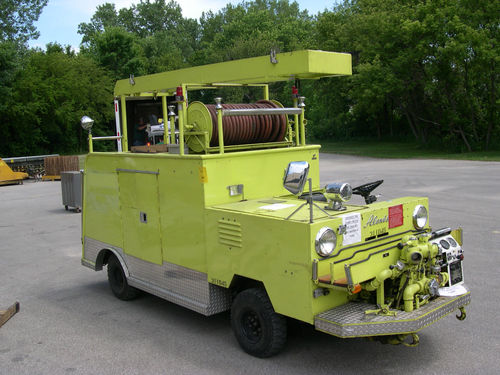 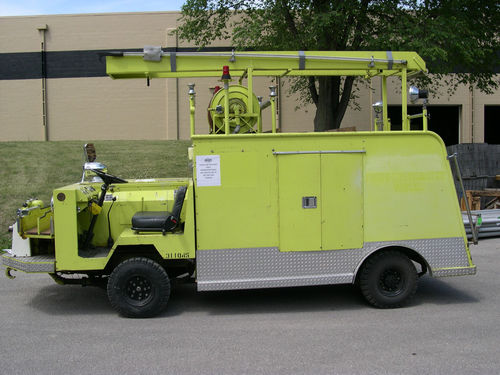 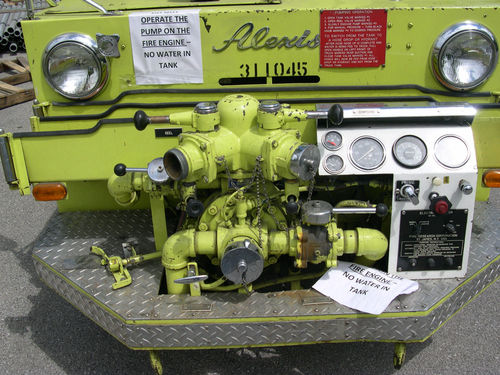 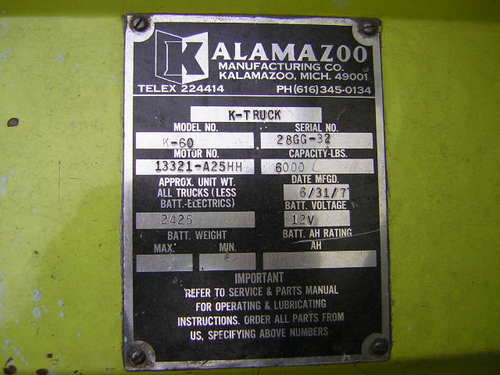 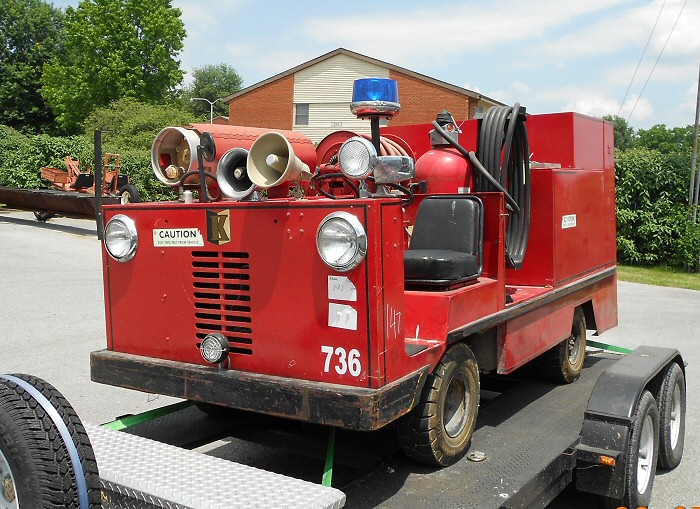 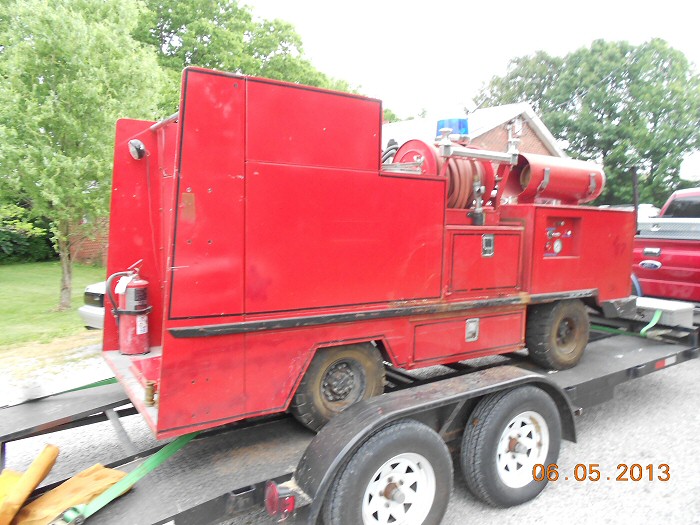 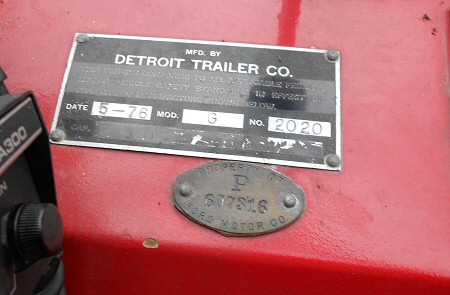 This 1975 K-60 (body by Detroit Trailer in 1976) was originally bought by the Ford Motor Co
and is now in private hands. 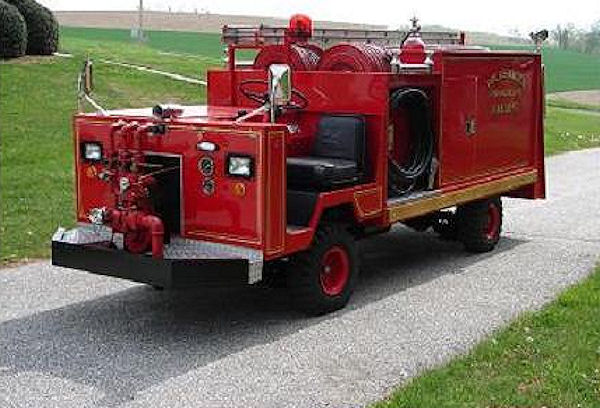 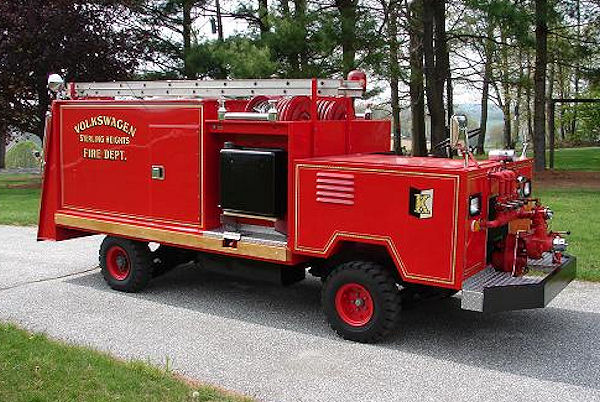 Alvin Renoll has just finished a superb restoration of the above Kalamazoo K60-based fire truck
It was originally purchased by Volkswagon in Sterling Heights, Michigan and then was used
by Chrysler but these comapnies swapped plants. It now resides in Maryland.